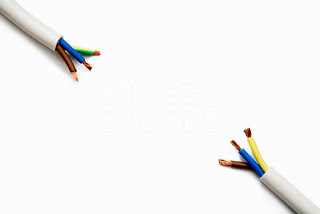 This week a childhood friend of my wife committed suicide.  I did not know him.  It's surreal, reading his Facebook page now.  Outpourings of emotion from his friends, saying their goodbyes and wishes for their friend to 'rest in peace', typed into the empty, hollow shell of his page that was, up until yesterday, his primary conduit to them.  Like a raw, buzzing exposed wire - there is no longer a connection.  The circuit is broken but hot, coursing with electrical currents of grief, anger and loss.  The words are emanating into the atmosphere, powerful but useless without a connection to their target. The hurt, the energy, the ozone of loss is thick and terrible and pungent.

Tonight, at 7:55pm, his teenage son posted a Facebook message to his dad, a message that will now echo unanswered, forever.  These echoes, these reverberations will now surround this boy in a cloud, forever.  When I read his words, they physically crushed me.

"look at all these people commenting on your wall dad. look at all the sadness you caused. how could you? i wish i could have said something better to at least say good bye to you. the last thing i ever said to you was "Grow Up." i should have helped you dad. im so sorry the i couldn't..."

I wish that I could give advice to him, to warn him to beware of the illusion of duality, the illusion that we are separate from the universe, from the Supreme Consciousness.  When we succumb to this illusion we move away from the light and into the darkness.  It's there that his father is now, in the dark.  Beware of the darkness.